Hi I'm Ash. I'm 47 years old living in Ota Ward, Tokyo. I have a Wife (♀x1) and children (♀x1, ♂x1). I'm currently working in Munich, Germany. I have been working in the so-called information industry (SIer) for more than 20 years. It is said that it is a digital society, and a different sense of values has come out for the system. We're struggling to survive.

From late 20s, I became addicted to golf and extended my best score to 82 for a while, but I lost my condition more and more due to a form modification, and now I'm wandering around 100. In Germany, I only cut 100 once. Recently, my physical strength has declined and the distance of the driver has fallen, unfortunately.

I've been operating Linux servers at my home server room since around 1995. Even now in the cloud, linux servers and Windows servers are still in operation every day. The point that I had a hard time in that becomes an article of this blog.

Gadget system mainly tinkering iphone. I started using it from 3GS. Now I've bought a Mac mini, so it's gradually contaminated with Apple. I was addicted to Jail Break for a while, but the current iPhone is really easy to use. I don't feel the need for JB.

My hobby i started in Germany is bouldering. This is very fun with puzzle + whole body exercise. It is a dangerous sport because it has experienced the flesh separation etc. of the swelling with momentum. I'm afraid of heights.

I also like the vehicle system and ride a motorcycle in a car. The motorcycle is a naked one round shot. When I go back to my wife's parents' house, I ride around. Please invite the touring. 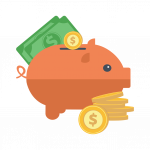 Again, I expressed my determination, but I have just started working hard to become a blogger who can earn enough money to live. It is an age when good articles can be read for free every day through the Internet, but for the time being, I will try my best as a hobby of the weekend.

Because it operates this blog system at my home server room, it may become inaccessible on an irregular basis. As to the environment, hyper-V virtual Linux servers are running on Windows Server 2016.

[Solved]: Cannot write to the filesystem on Samba

How to get on public transportation (S-Bahn/U-Bahn/Tram/Bus) in Munich, Germany

How to easily change the Bluetooth connection of Bose Frames

How to improve poor sound quality, how to solve breaking up music on headphones connected to Windows via Bluetooth

How to improve poor sound quality, how to solve breaking up music on headphones connected to mac via Bluetooth

How to swap Caps Lock key and Control key simply[Windows10]